To tell the truth, hardware is a big deal, and when it comes about a hardware startup you’ve got to know, that there are a lot of difficulties. As the tech problems have been solved – software, soldering etc. – the real problem appears. It is the marketing. A hardware startup can’t just get an approval from the internet app store, it has to deal with enterprises and seek some ways for physical outspread of the product. And virtual assistant can solve this problem by finding new ways to cooperate with different factories, help to set the distribution links for the product.

The Makers Boot Camp hardware incubator conceived to place their shop in Kyoto, the old city, which is famous not just for the roots of temples and other traditions, it’s also the Japan’s manufacturing epicenter apart from Tokyo – the center of the domestic startup system.

Here is the list of five encouraging hardware startups from Japan ready to represent themselves on the market, chosen by Makers Boot Camp. 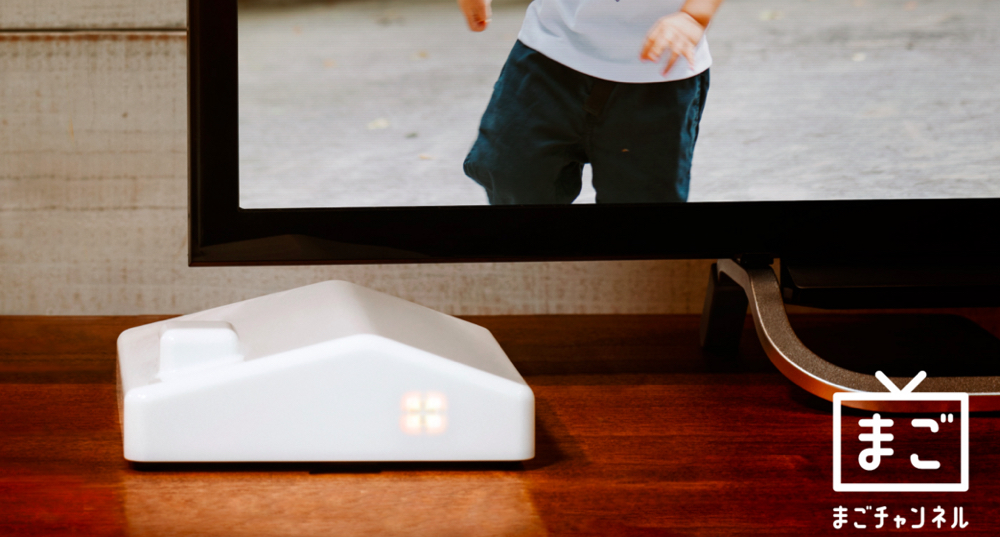 Nowadays everybody got used to the fact that everyone has a PC or a smartphone, but that’s not quite true. A problem concerns the ability of the elder relatives to use new technologies. This is the app is designed for the elder family members to share digital pics, videos, photos with cronies.

The functioning of the device is focused on the technology, familiar to the grandparents – TV set. Chikaku is a special box, which creates a so-called Mago Channel, and elder relatives getting the ability to watch family photos on a special television channel. No wifi is needed, just TV’s existing remote control, the box is tooled with 4G/LTE module. It has the LED on the front, which gives signals, whether photos have been received or not. It is also accompanied with a special app, and it gives back the information to the sender were the files watched or not.

The founder of Chikaku worked at Apple more than 10 years and came to the point that there must be something like Apple TV for poor technically promoted users, for the older people.

I should say we started off on the right foot. “Hi, I’m John XYZ from Company XYZ…” A man with a very positive voice made sure he reached the right person, a virtual assistant from VAfromEurope company, greeted me, gave me a short basic rundown of how his company works and how virtual assistant fits into the picture. Website administration and social media management were his areas of interest. He came off as very professional and I expected several rounds of questions about my experience and a test task to cap it all. But what happened was quite unpredictable. The man gave me a green light by saying “Go ahead. You know what to do. You’ve seen an email”, asked for contract conclusion and promised to give access to web admin and social accounts. Any type of instruction,direction, tips, insight? No.

What is going to come out of such business relationships? I am afraid a flop. 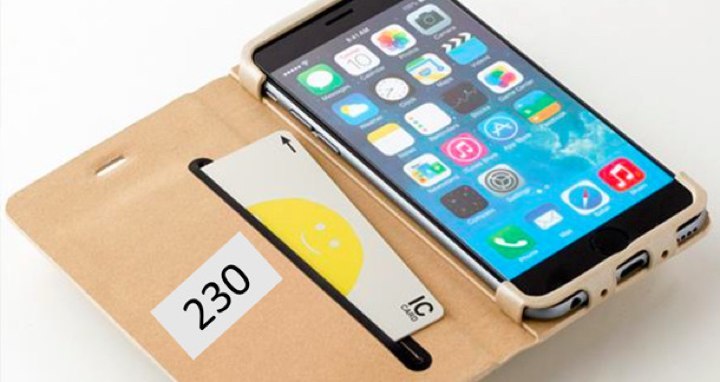 For Japanese citizens emoney cards are indispensable, they can be used to buy all kinds of goods – from food to the new clothes or footwear. People using cards so often that sometimes they’re losing the control of the balance. Speaking about train passengers, they usually have an idea of the balance on a card, but they don’t know the exact numbers.

Coban made special cases for smartphones for passengers with e-ink display, showing the balance of emoney card after being put in it. The project is going to be released this year, in March 2016, the price is JPY 2,980 (US$24) per each case. In addition, they’re suitable for popular emoney cards in Singapore, Hong Kong, and Taiwan.

Waiston was invented by students of the Nara Institute of Science and Technology. It is a health follow-up system in a form of belt buckle. It handles measurements of a consumer’s waistline every day. It is accompanied with a special Android app, and sends daily measurements data to the smartphone. This app can be used to display fitness goals or to warn the user for obesity.

This startup tech also have such functions as sending signals if a user is inactive for too long or humping the back while sitting. Waiston can be bought as an entire belt or as a buckle that can be applied on belts of a suitable width and thickness. 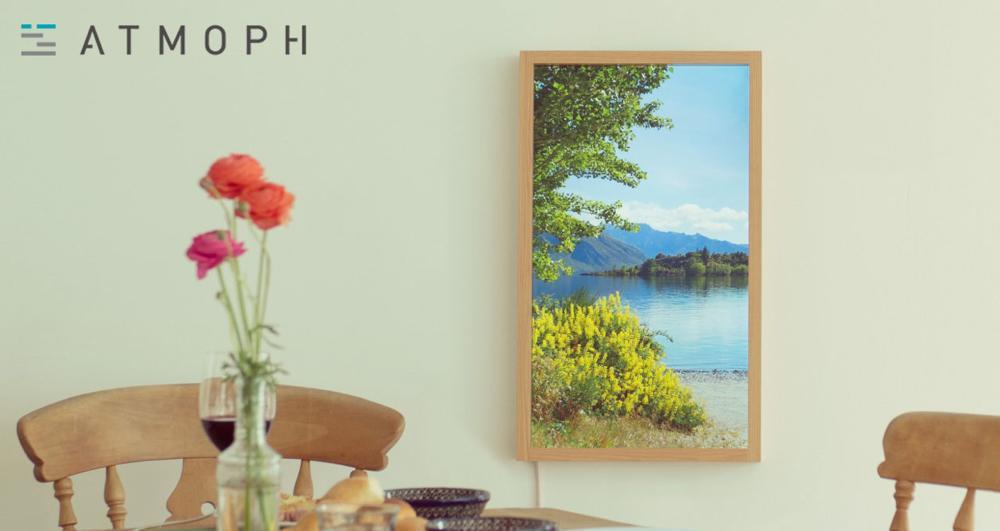 Startup Atmoph from Kyoto earned more than US$160,000 on Kickstarter for the virtual window, which can be placed everywhere you want. Atmoph was created by ex-Nintendo engineers, the concept came as a solution of the problem with the view from the window right to the wall or the backstreet. Atmoph Window is 27-inch, 1920×1080-pixel. It is made in Japan and displays 4K video loops of amazingly beautiful sceneries around the globe. In addition, it can be synchronized with Android and iOS devices to show the date, time, weather forecast, and Google Calendar appointments. 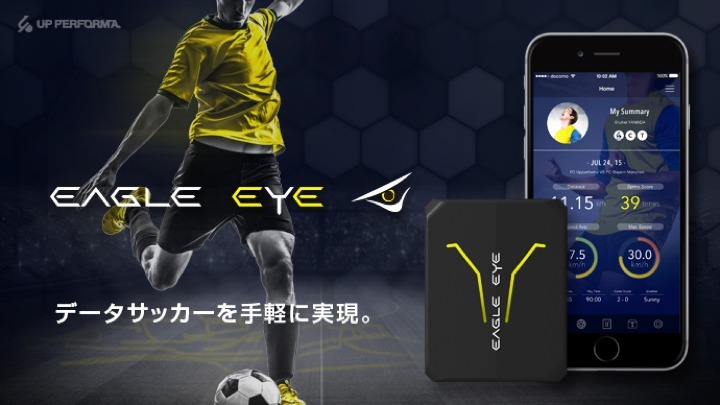 Up Performa from Kyoto is not a stranger in hardware creation, and their new startup athlete-monitoring tech Eagle Eye is looking more refined than before. That tiny wearable device can be fitted in a uniform or carried on a strap. Eagle Eye measures individual speed of each player and can create a heatmap of the entire team. It uses the location data to define player’s position on the field and allows trainers to control and track their team’s movements from above, as an eagle. Despite the fact that startup is targeting soccer, It can be used for a wide range of team sports.

We are enjoying the last months of summer while media giants are working to improve users’ experience, help brands get more exposure, and sell as many goods as possible. These END_OF_DOCUMENT_TOKEN_TO_BE_REPLACED

Summer is in full swing but social media giants are working to improve users’ experience, help brands build their presence, and ease marketers’ life. Here is the most useful Social END_OF_DOCUMENT_TOKEN_TO_BE_REPLACED

There are a lot of myths about working schedules in different countries. In some countries, employees are considered to be more hardworking, than people in other countries, while others even END_OF_DOCUMENT_TOKEN_TO_BE_REPLACED